Evolution of Protein for Functional Benefits

As a nutritionist, protein in the diet is typically a simple calculation to satisfy amino acid requirements. But there is now a new approach that uses fermentation to get both nutritive and functional benefits from a protein source. But sometimes, a new innovation comes along that offers a new way to think that challenges conventional practices. The Branded Feed team at Cargill saw the demand on shrimp diets to help improve immune response and maximize nutrient utilization — mostly through the use of additives. This team, using the streams of the corn wet-milling process, created a new approach to fermentation with concentrated corn protein to solve multiple needs with one ingredient.

Protein can be found in many feedstuff sources and is common in both animal-derived as well as more sustainable plant protein sources. These proteins have a specific amount of amino acids that can be measured and balanced in a dietary formulation to make a “complete ration” necessary to meet the nutrient requirements of an animal. In order for the amino acids to be available, the protein needs to be digested into the smaller amino acids. Depending on the species, this may happen in different locations, but is generally dependent on partial digestion in the stomach and then more complete digestion in the intestine (or in the case of shrimp, the hepatopancreas) with enzymes.

More recently, however, there has been an effort to better understand how smaller fragments in a protein may provide value. These parts are called “peptides.” Many proteins are hundreds to thousands of amino acids long, but peptides are only two to 20 amino acids long. Some of these fragments may have special “bioactive” activity — as they create a biological response when left intact. Some of these include an immune response, antimicrobial activity, anti-hypertensive and even metabolic manipulation. 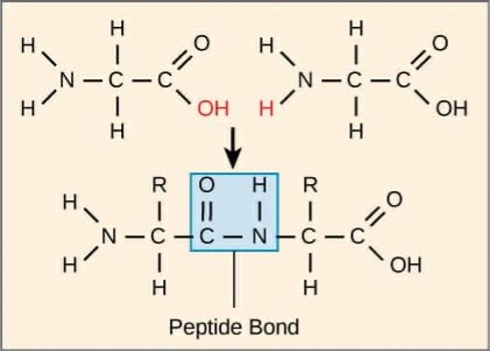 In order to free the shorter fragments, a process called “hydrolysis” needs to occur. This process may happen in the gastrointestinal tract, but may be more controllable if it occurs on the protein prior to feeding. There are different ways to make these smaller fragments, but a common way is through microbial fermentation. A well-known fermentation that has been shown to create this benefit is from a bacteria called “Lactobacillus.” Lactobacillus are used in the dairy industry to create yogurts and cheeses to create these smaller peptides that have been documented to provide health benefits.

Using this knowledge, we have also leveraged the capabilities of Lactobacillus to manufacture the fermented corn protein, Motiv™. Corn proteins have documented peptide fragments known to have bioactive activity, and we created a proprietary and repeatable fermentation process. We have been able to demonstrate the value in shrimp to increase survivability, improve feed conversion and improve on shrimp growth. There may be other fermented corn proteins on the market, but these do not leverage the bioactive power of Lactobacillus!