Background: Stress associated with diet and housing changes can negatively impact the lifetime performance of production livestock. This is especially true of livestock being weaned. In modern swine production, the impact of weaning not only can cause acute issues associated with morbidity and mortality, but also determine the performance of the hog in the grower and finisher phases. Empyreal 75 is a corn protein concentrate that has shown to have positive impacts at lower levels of inclusion in monogastrics and be beneficial at improving piglet feed intake in the nursery phase.

Objective: To test the impact of different levels of Empyreal 75 in newly weaned pigs in the nursery phase. 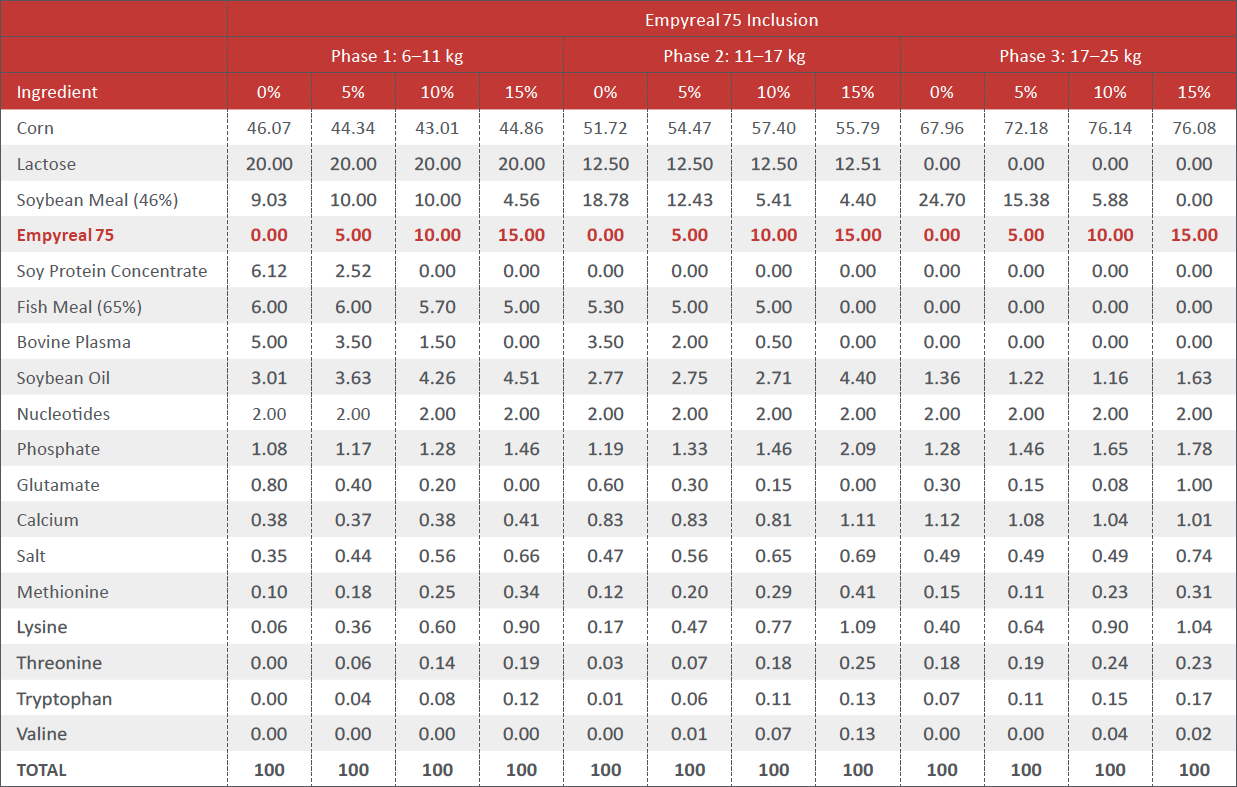 Conclusions: In this trial, the inclusion of Empyreal 75 at up to 5% of the diet improved nursery pig performance over the course of the 44-day trial. It should be noted that lack of performance in the 10% and 15% diets may be due to lack of plasma in phases one and two. Starting pigs off on the right foot with at least 5% Empyreal 75 should lead to improved gain and performance.