Background: Yellowtail (Seriola quinqueradiata) is an economically important species of farmed fish. Depending on regional rearing practices, fish meal has historically been the primary protein source in these diets. However, this is not without consequences due to cost of ingredient, as well impact on sustainability. The use of alternative protein sources, such as corn protein concentrate (Empyreal 75), would be beneficial to producers.

Objective: To test the impact of Empyreal 75 on the growth and performance of yellowtail. 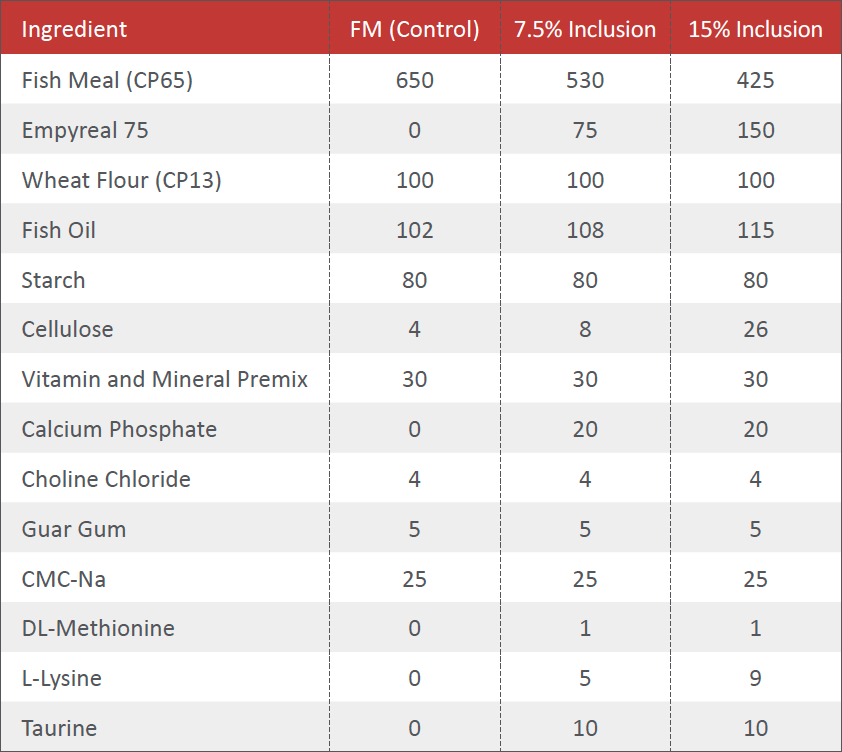