Background: The yellowtail kingfish (Seriola lalandi) is a marine fish commonly produced in Pacific regions. However, development of this species as an alternative to other marine species in aquacultures is on a rise globally. Empyreal 75 is a proven value-added option to replace other protein ingredients in the diet. Replacement of common protein sources in yellowtail diets with Empyreal 75 is beneficial to understand application of this technology. 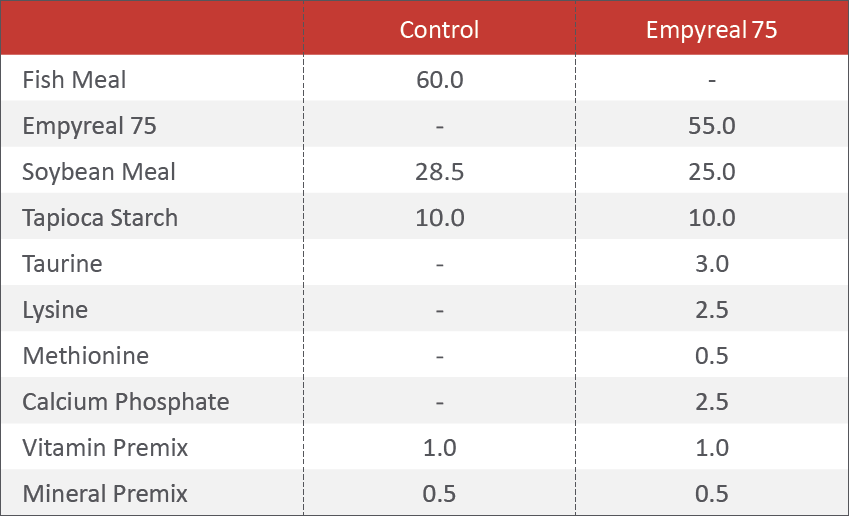